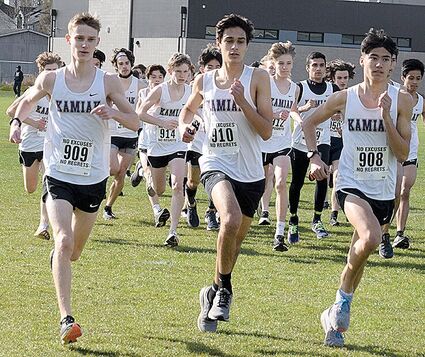 The one-two punch of Emma Arceo and Carp Mukai was a potent combination for Kamiak's cross country teams.