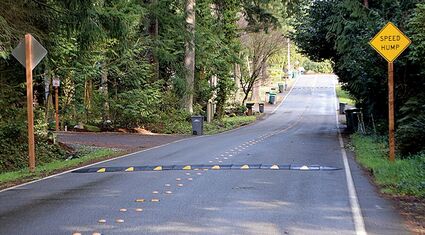 The issue of speed humps seems to be one of the more polarizing issues facing the Mukilteo City Council.

Last month, a decision to replace a temporary speed hump with a permanent one in Old Town resulted in a 3-3 tie with one abstention, necessitating a tie breaking vote by Mayor Jennifer Gregerson. The discussion of speed humps has even extended beyond the current council to two former councilmembers, Steve Schmalz and Kevin Stoltz, who live near where two of six temporary speed humps were installed last fall.

Some on the council expressed concern about the appearance of favoritism toward...