Country has work to do on race relations 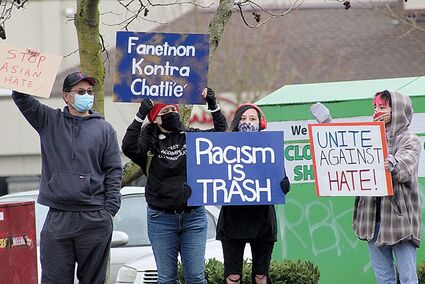 Hundreds of people from across south Snohomish County came out to protest the recent wave of anti-Asian American violence Sunday, March 21, in Edmonds' International District.

The images are hard to shake.

An 84-year-old Asian American man in San Francisco is walking alone when out of nowhere a man viciously knocks him to the ground. The victim later dies.

Across the country in New York City, a 52-year-old Asian American woman is attacked by a man and shoved to the ground. She requires at least half a dozen stitches to her head.

Closer to home, an Asian American woman walking with her boyfriend in Seattle's International District is brutally assaulted by a man, who strikes her in the face with a rock-filled sock. The woman, a teacher in the Northshore School Dist...