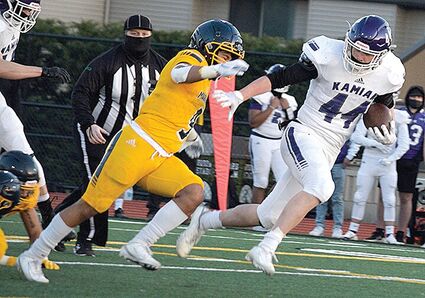 Junior Wesley Garrett helped steer the Knights with 132 yards on 11 carries and two touchdowns in a 35-18 victory over the Marauders in a Wesco football game Friday, March 12, at Goddard Stadium.

Garrett would have had a third touchdown on a punt return, but a holding call negated the score.

Senior quarterback Nick Laman was impressed by the performance of his teammate.

"Wes is a beast," he said. "He's out there working every single day at practice. He's a speed demon. We give him the ball and he makes things happen."