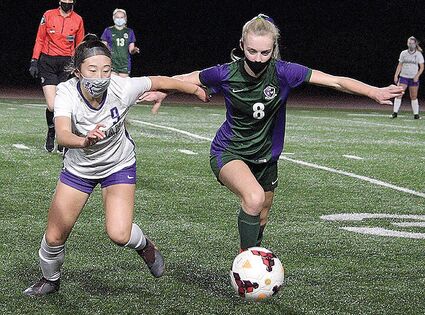 The shots came fast and furious against Kamiak.

After battling Edmonds-Woodway to a scoreless first half, the Knights allowed two quick goals to start the second half and ended up losing 3-0 in a Wesco girls soccer contest Friday, March 5, at Edmonds Stadium.

Donnelson didn't have any problem with the Kamiak defense in the second half. A foul in the box resulted in a penalty kick for the Warriors. Junior D...