Mariner outplayed on both sides of the ball | Football 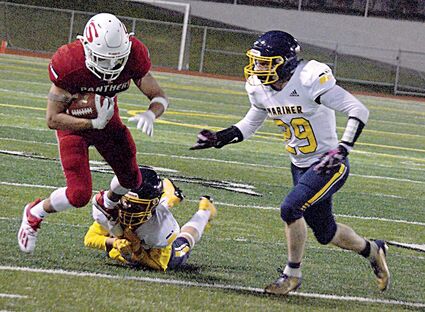 It wasn't the result that Mariner was hoping for in its first football game of the season, but the disappointment of Saturday's 41-0 loss to Snohomish probably won't linger too long.

The fact that the Marauders were playing a football game at Veterans Memorial Stadium in Snohomish was cause for celebration.

"I didn't think we were going to get to play," senior Jackson Cole said.

The last time Mariner hit the gridiron was in the fall of 2019, and the prospects of the 2020 season ran into the hard reality of the coronavirus pandemic. The schedule kept being pushed back until it was finally de...