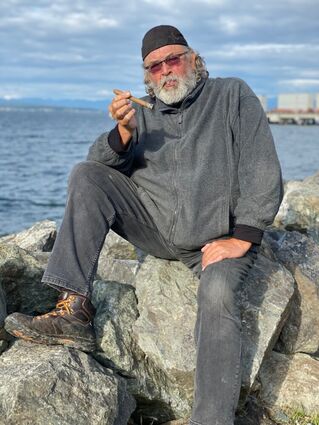 Lars was born on Dec. 6, 1951, in Randers, Denmark. As a young boy, he and his parents immigrated to Minneapolis, Minnesota, in 1955. He was the eldest of six children and the only child born in Denmark. After graduating from Lincoln High School in Sioux Falls, South Dakota, Lars went on to study Metallurgical Engineering. He attended South Dakota School of Mines and Technology, where he was a member of the Theta Tau Omega fraternity and the football team. After college, he was drafted by the Philadelphia Eagles, but an injury led him to pursue professional careers in engineering, management, and sales.

In college, Lars worked as a summer camp counselor, where he met his love and future wife, Karen Kay Fisk. They wed in Dell Rapids, South Dakota, on Aug. 8, 1976, and later had two children, Keld and Hans. Lars and his family lived in Bellevue, Nebraska, Mukilteo, Washington, and Rapid City, South Dakota.

Lars was a gentle giant in every way – tall and strong with a resounding voice. He was loyal and determined to provide for his family and raise his two sons after the loss of his wife at a young age. His boys meant more to him than anything else in the world. He was exceedingly proud when both went on to graduate with engineering degrees from the same college as their father.

During his free time, Lars loved to play golf, take scenic drives, be in nature, and watch sports. He was also an avid reader of print and undoubtedly had a hand in keeping print media alive for so long. Most notably, Lars loved to spend time laughing and talking with people, and he had a keen ability to connect with every person he met.

In lieu of flowers and with memorials pending, we invite all who loved Lars to celebrate in true Lars form – take a drive or drive a golf ball, listen to good music, enjoy a cigar, or "Skol!" with a glass of Aquavit ... live in the moment and love the moment you're in.