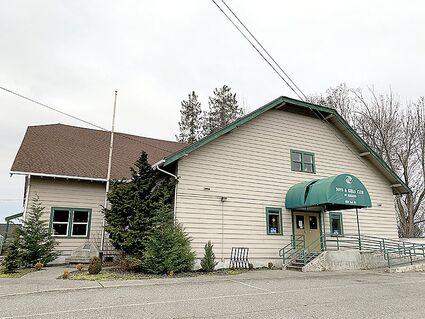 The Mukilteo City Council is undecided on the future of Hawthorne Hall in Old Town. The city plans to resurvey residents for their opinions.

The Mukilteo City Council did not make a final decision on the future of Hawthorne Hall in Old Town at its Monday, Feb. 8, work session.

But the council is moving in that direction.

To help better gauge the community's feelings on the issue, the city will be reforming the Historic Preservation Commission and putting together a more extensive online survey for residents.

A previous council approved a motion in September 2019 to reinstate the Historic Preservation Commission. The commission, established in November 1990, has been inactive for several years. The current council directed the city to start work on the commission.

Mayor Jennifer Gregerson said the city will start recruiting for commission members, and that she expects it will take about a month and a half to get it up and running.

Gregerson and her staff also will be working on a follow up survey on the future of Hawthorne Hall that will provide more detailed information. The city received 189 responses from a four-question survey posted on the city's website from mid-November 2020 through late January 2021.

The first asked where the respondent lived: Old Town, midtown, or Harbour

The third question asked, "What would you like to see happen with Hawthorne Hall?" with five possible responses.

The final question was the same as question 3 except it asked, "If city revenues were limited, what would you like to see happen with Hawthorne Hall?"

Councilmember Joe Marine noted that question 4 did not specify the costs that the city would incur in order to bring Hawthorne Hall fully up to code or the associated yearly costs for maintaining the building.

A consultant indicated that it would run the city about $600,000 to bring the building up to code, though those figures do not include architect/engineering fees, consultant fees, sales tax or any other similar development costs. The consultant also indicated that the city had some latitude in bringing up the building fully to code. The building might be able to be used if some partial improvements were made.

The city estimates that the operating costs for operating Hawthorne Hall would be about $100,000 if the Recreation and Cultural Services Department offered limited recreational activities in the building. Those numbers do not include furnishings, technology infrastructure or recreational equipment.

Some councilmembers expressed support for some sort of mixed use of Hawthorne Hall. Councilmember Louis Harris noted that the building is on the city's Historic Register.

"For me, that takes selling it or demolishing it off of the table," Harris said.

"I definitely support keeping the building for some sort of mixed use," Councilmember Elisabeth Crawford said. "I think that was the option that I voted for."

Council President Sarah Kneller spoke to several of residents, who live near Hawthorne Hall, and she said there was a lot of interest in maintaining it as a public or community facility.

"It could be a really cool asset for the city to have should we hold on to it," Kneller said.

Marine said the council's decision has to be well-thought-out.

"We have to get this right cause if we sell it, it's gone," Marine said. "We don't get it back. It's a historic building. It's tough."

Marine is still considering the two main options – selling or keeping the building and investing in its upkeep and maintenance. The lot could potentially have two houses built on it.

"I don't want to tear down. I'm a big history buff," Marine said. "But we have to do what's right for the city. ... I still don't know where I sit on that. But I just want us to look at the numbers on both sides."