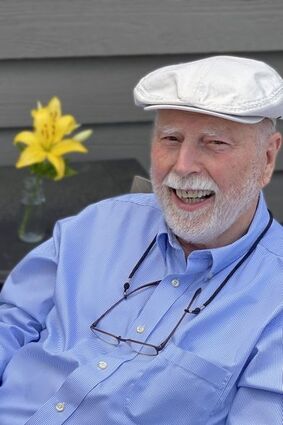 Peter Den Hollander, loving father and husband, departed this earthly life at the age of 79 on November 27, 2020.

Peter was born March 31, 1941, in Oakland, New Jersey, to Peter & Alice (Stoll) Den Hollander. He was the younger brother to Jeanette. He was brought up in the Dutch Reformed Church and took that faith with him throughout his life. Peter enlisted in the Marines right out of high school, seeing Okinawa, Borneo and eventually, Bremerton, Washington. It was while he was stationed in Bremerton that Peter met his wife and partner in life – Kathleen (Kitti) Lund.

In his early years, Peter worked in six different states in many different positions. He found his stride as a real estate appraiser, and spent 40+ years evaluating properties in both Washington and Idaho with his businesses Den Hollander Appraisals and Aspen Ridge Appraisals. He worked in tandem with his wife Kitti, spending hours on the road and in the office. Retiring was never the plan for Peter, and he was completing work until just weeks before his passing.

Peter enjoyed spending time with his family. He loved having his daughters and grandchildren around him. When his kids were in school, he did not miss a swim meet, cheerleading event, dance competition, concert, or recital. Peter had a great passion for old cars from his youth. He had an eagle eye for rusty old cars in fields and could name just about every make, model and year of the older coupes and sedans. You'd rarely see Peter without a Stetson, straw hat, or flat cap atop his head. He was always happy to share a dessert at the end of dinner. He had a wide smile and gave the best hugs.

Peter was preceded in death by his parents, Peter and Alice; his sister, Jeanette; and his daughter, Julie. He is survived by his wife Kathleen, daughters Susan and Krista (Jerred), and grandchildren Haley, Lilly, Zoe, Ally, and Harvey.

A memorial service will be held outdoors in Spring or Summer 2021. Peter will be buried at Pleasant Ridge Cemetery in Mount Vernon, Washington.