Despite the rain, grand opening draws a crowd 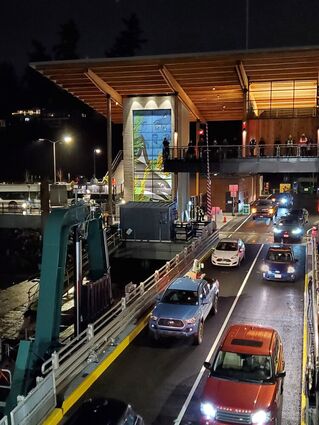 Photo courtesy of Will Laughlin

The wait was definitely worth it.

The new Mukilteo Multimodal Ferry Terminal, the state's first in 40 years, made its official debut to rave reviews from residents during its grand opening Tuesday, Dec. 29.

Mirka Lewis followed the progress of the new terminal for the last few years and was looking forward to being a part of the grand opening.

"I thought it was fabulous, and love how they incorporated parts of the history of Mukilteo, including the American Indian tribes that were from this area," she said.

Lewis was one of the many foot passengers taking the inaugural trip to Clinton.