The result is Dawn Semeraro's first book – "Shadow Self" 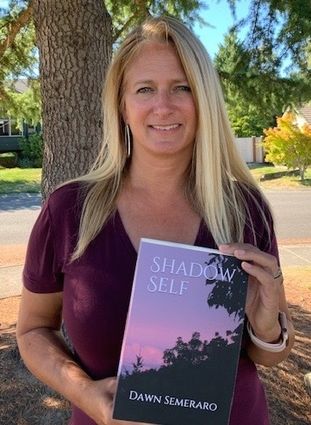 Harbour Middle School teacher Dawn Semeraro was inspired to "Shadow Self" after the death of her mother Janice.

Dawn Semeraro and her mother, Janice, were extremely close.

Semeraro grew up in Ketchikan, Alaska, and later moved to Seattle to go to school and swim for the University of Washington. After graduating, Semeraro remained in the Pacific Northwest, while her mother continued to live in Ketchikan.

When Janice died of cancer in 2008, it hit Semeraro hard.

As a way to help deal with her grief, Semeraro started writing. It was a way to share her memories with others.

“When my mother passed, I was living here,” said Semeraro, a Harbour Pointe Middle School English teacher. “Many people did...