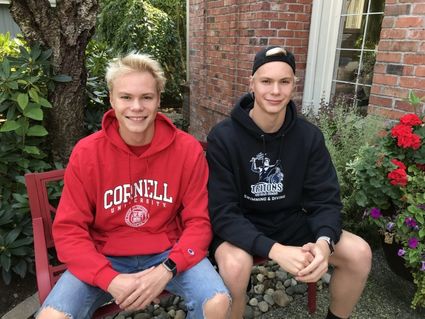 Vlad Gilszmer has verbally committed to swim for Cornell and twin brother Slava is going to University of California San Diego.

Kamiak's Vlad and Slava Gilszmer both have settled on their post high school plans.

Vlad Gilszmer, the two-time defending Class 4A state 500-yard freestyle champion, has made a verbal commitment to swim for Cornell University in Ithaca, New York.

Twin brother Slava Gilszmer will be on the opposite coast. Slava made a verbal commitment to the University of California San Diego.

The 6-feet-7 Kamiak standouts made their announcements on their respective Instagram accounts.

Vlad and Slava placed first and second in the 500 freestyle at state the last two years. The two helped the Knights su...