Traffic calming devices could be temporary 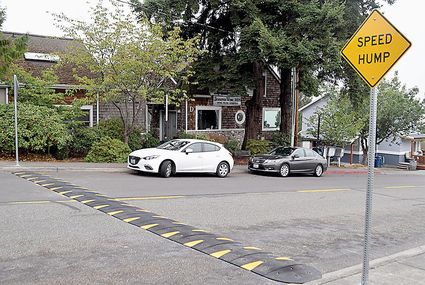 A new speed hump was installed near the Rosehill Community Center in Old Town. Seven more speed humps have been installed or are scheduled to be installed in the city.

If your drive through Old Town is more bumpy than usual, it's by design.

The city has installed or is scheduled to install six new temporary/removable speed humps in Old Town and two others on 53rd Avenue West by the end of the month.

The speed humps were approved by the City Council in November.

• Two on Second Street between SR-525 and Loveland Avenue

• Two on Third Street between Lincoln and Loveland avenues

• One on Lincoln Avenue between Third and Fifth streets

• One on Loveland Avenue between Third and Fifth streets