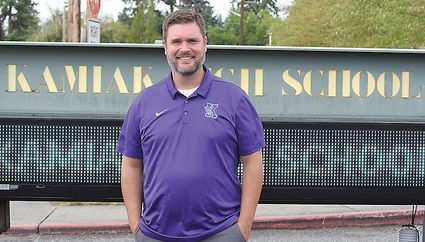 Stephen Shurtleff, a former assistant principal and graduate of Kamiak High School, was named the school's new principal this summer.

When students finally return to the classroom and walk the halls at Kamiak High School, they will do so with a new principal in charge.

That new principal, however, is someone who many students and staff probably know well, or at least know of: Stephen Shurtleff, an assistant principal at Kamiak for 10 years before being promoted to the head position earlier this summer.

In some ways, Shurtleff has come full circle at Kamiak. He was a member of the school's first graduating class in 1995.

"It's a great honor because not only do I know the tradition and reputation of the school, I helped bui...