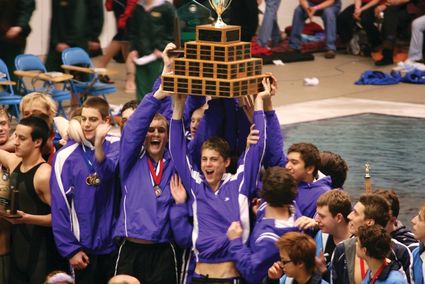 Editor's note: The Beacon is republishing stories we think will be of interest to readers. This feature is on Kamiak's first state swimming championship. The story, written by Rebecca Carr, was originally published Feb. 25, 2009.

Kamiak senior swimmer Daniel Schmidt lay in his hospital bed last Wednesday, barely aware of his surroundings, too weak to even eat, a pin cushion of IVs that constantly re-hydrated his battered body.

"Sorry, buddy, that's just not gonna happen," doctors said of his plan to compete in the state championship Saturday.

At perhaps the worst time in his life, Schmidt...