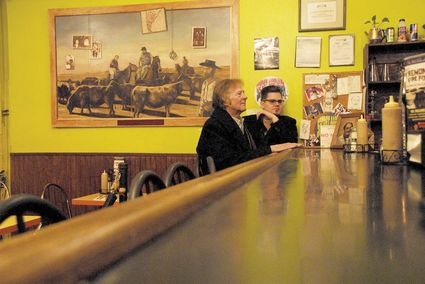 Photo courtesy of Grace and DeGroot

Editor's note: The Beacon is republishing stories we think will be of interest to readers. This feature is on the Grace & DeGroot. The story, written by former editor Sara Bruestle, was originally published July 8, 2015.

The frontman of the local Stephen Grace Band has recorded his first album – except it's with his newer band.

"Musical Chairs," released on the Fourth of July, is the debut album of the rock duo Grace & DeGroot.

Stephen Grace and Derek DeGroot formed the band in 2012 with the mission to record original songs reminiscent of the classic-rock era.