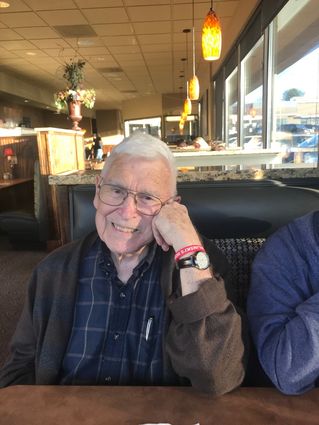 Dave was born on February 14, 1942, in Tacoma, Washington, to Arnold and Dorothy Bader. His family also included his older brothers, Jack and Rick. Dave grew up in Tacoma and attended Bellarmine High School and received a Bachelor's Degree from the University of Washington. He was a veteran of the Vietnam War, in which he served as a Second Lieutenant, and was awarded the Bronze Star.

Upon completing his military service, Dave embarked upon a career in accounting and business management. He was a proud Washingtonian, dog lover, and devoted Seahawks fan, who visited his favorite vacation spot, Ocean Shores, at every opportunity. A lifelong learner and avid reader, he particularly loved books about history and current world events. Dave's friends and family will fondly remember spotting him walking his beloved Labrador, Apollo, on the boulevard with a pocketful of treats.

But what perhaps best defined Dave was his love of family. Dave remained close to his brothers throughout his life and maintained special relationships with his children and their spouses: Harold Muschett, Sara Bader, and Steven Rumbaugh. He was very involved in the lives of his grandchildren, cheering them on at all of their important school and sporting events and other significant milestones.

Dave was laid to rest at Holyrood Catholic Cemetery, near his parents in a private family service. Donations in his honor can be made to the American Heart Association or Progressive Animal Welfare Society (PAWS).