H.G. Wells' 'War of the Worlds' filmed in Mukilteo | From the archive/Weekend read 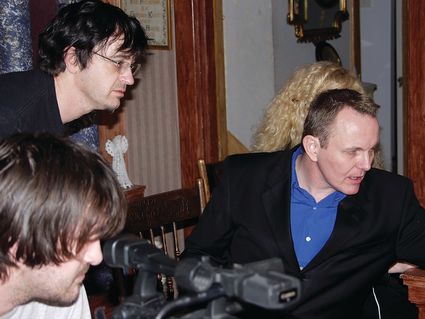 Timothy Hines, right, director, cinematographer and writer of the upcoming "documentary" "War of the Worlds – the True Story," directs action on a scene at Hogland House.

Editor's note: The Beacon is republishing stories we think will be of interest to readers. This feature is how part of the War of the Worlds documentary was shot in Mukilteo. The story, written by publisher Paul Archipley, was originally published Feb. 10, 2010.

When Timothy Hines and Susan Goforth began production of their sci-fi movie, “War of the Worlds,” they didn’t know they were about to play David to the Goliath that is Hollywood.

Hines, a Port Townsend native and sci-fi fan since childhood, had long dreamed of filming the H.G. Wells story that Orson Welles made famous with his...