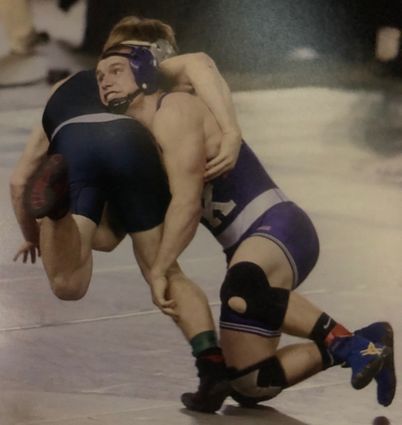 Wrestling has been a big part of Tyler Webley's life.

He started in the seventh grade, continuing through high school and three colleges before finally turning in his singlet in 2019.

But the 2014 Kamiak graduate wasn't finished with the sport.

Webley joined the Kamiak wrestling staff as an assistant coach and weight management coordinator, and last month was named the school's new boys wrestling coach. Webley takes over for Bryan Stelling, who stepped down after 10 years.

The opportunity to be head coach at his alma mater means a lot to Webley.

"My dad graduated from Kamiak," he said. "There's a strong sense of family and community that goes with Kamiak."

The Knights' returning wrestlers know Webley well, as he took a prominent role in the program.

"The first week he (Stelling) let me have the reins running the different workouts," Webley said. "He just said keep going. The conversations I had with Bryan at the beginning of the year were that he said, 'You have the latest information on training in the specific field of wrestling.'"

Webley, 24, said he felt he had a positive impact on the program, noting that the Knights had five individuals in the district finals and advanced five on the boys team to regionals.

"We had a massive improvement with our athletes," Webley said.

When Stelling resigned earlier this year, he said he hoped Webley would be his successor.

"I think he saw the passion I had for the sport and my knowledge, and the way the kids responded," Webley said.

Webley's time as an assistant coach helped him clarify his professional ambitions. Webley is finishing his psychology degree and hopes to enter the counseling or teaching field.

"I enjoy helping people," Webley said. "It affirmed that I want to be in academics. I want to impact the younger generations behind me. ... It gives me that sense I can really impact my community. It really feels right."

Webley earned 11 varsity letters in football, wrestling, and track and field at Kamiak. He also was first-team, all-league in all three sports. He was named Kamiak's male athlete of the year in 2014 and was the school's first recipient of the Kamiak three-sport athlete lettermen's jacket patch.

After finishing third at the state wrestling championships his senior year, Webley attended Baker University in Kansas City, Missouri, before financial considerations forced him to return to the West Coast. He went to Southwestern Oregon Community College in Coos Bay, Oregon, for two years. He was a two-time national qualifier and academic All-American. Webley wrapped up his college career at the University of Providence in Great Falls, Montana. Family considerations eventually forced Webley to curtail his travel with the team.

Webley and his wife, Taylin, have two boys – 2-year-old Kendal and 15-month Kingston.

"Wrestling is a very individualistic sport," Webley said. "But you cannot train this alone. It requires discipline and pain. It creates a unique bond among the team. If you meet any wrestlers, you understand what they've gone through. Wrestling promotes a brotherhood and a sisterhood. They're in it together.

"Overall, moving forward my goals are to create a family system within Kamiak."

Another of his long-term goals is for the Knights to become one of the premier programs in the state, like such powerhouses as Lake Stevens and Moses Lake.

Webley plans to continue Kamiak's emphasis on academics. The Knights won a state academic state championship in 2017 and was a runner-up a number of other times. Webley was a three-time collegiate academic All-American while raising a family.

"A smart athlete is a good athlete," Webley said. "That's the glue on and off the field." 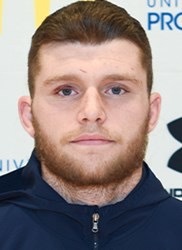