From the archives: Mary Lambert surprises Mariner with concert 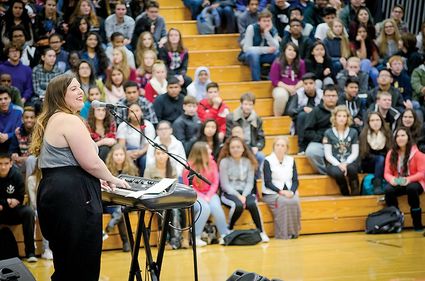 Editor's note: The Beacon is republishing stories we think will be of interest to readers. This feature is on Mary Lambert's appearance at Mariner High School. The story, written by former editor Sara Bruestle, was originally published Nov. 25, 2015.

The two-time Grammy Award nominee performed two concerts Nov. 10 at the high school because she is a Mariner grad. She graduated in 2007.

"She asked me if she could come back, and so we arranged a concert for our students here," Principal Brent Klin...