From the archives: Everything's coming up Kang 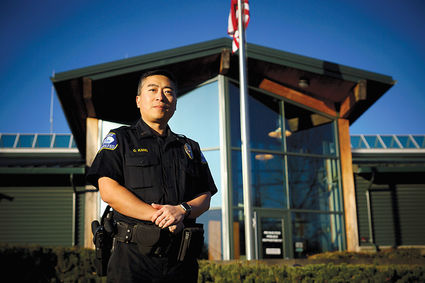 As Mukilteo's new police chief, Cheol Kang, 39, says he plans to continue growing the department's capacity to engage the community and prevent crime through proactive programs.

Editor's note: The Beacon is republishing stories we think will be of interest to readers. This feature is on Mukilteo Police Chief Cheol Kang. The story, written by former editor Nicholas Johnson, was originally published Jan. 4, 2017.

"This boy is going to be a chief someday."

That's what former Mukilteo Police Chief Mike Murphy said to himself 13 years ago upon hiring Cheol Kang as a patrol officer.

"In my mind, there was never a question of him becoming a chief of police," said Murphy, who served as chief from 1997 though 2010. "The only question was whether it would be in Mukilteo or...