Greg Elwin has been on leave since Jan. 17 after a vote of no confidence by the Mill Creek Police Guild. 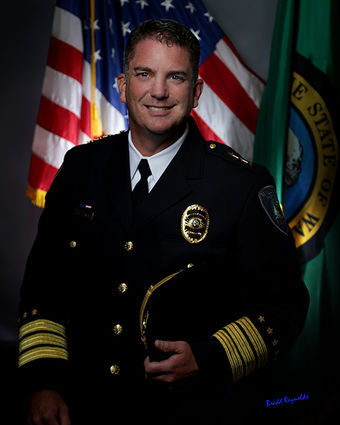 The City of Mill Creek opened a formal investigation into former Police Chief Greg Elwin for a host of allegations, including associating with people with a criminal reputation, not controlling his temper, using his badge for personal gain, and "incident(s) involving moral turpitude."

It began when the Mill Creek Police Officers Guild sent a letter to City Manager Michael Ciaravino on Jan. 17 notifying him of the no-confidence vote. The Beacon obtained the guild's letter through a public records request.

"There are many reasons for this vote, but our overarching concerns include low morale...