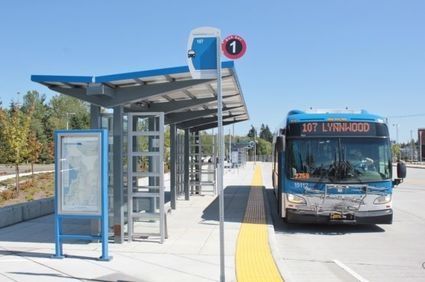 Community Transit announced that five more employees have informed the agency that their health care providers have told them that they have tested presumptive positive for COVID-19.

In a Wednesday, March 25 written statement to all agency employees, Community Transit CEO Emmett Heath said of the five employees that "all followed guidance to stay home at the onset of symptoms, therefore none of them have been to work in the past week. Their last days of work were between the dates of March 5-17. If these presumptive positive tests are confirmed, we will follow guidance received from public health officials."

Heath added that an additional eight employees have notified CT that they have tests pending and are home, self-quarantining. Of those eight, none have been to work since March 17. In addition to that, the agency has eight employees who have had symptoms but tested negative.

"Public health officials have advised the agency that given the high number of cases in our region, it is challenging to know whether or not infections occurred in the community or on the job," Heath said. "As cases in Snohomish County continue to rise, we have seen a rise in the reported cases within our agency. We want to be as transparent as possible, even before we receive confirmation on positive tests from public health officials."

CT will be posting an update on the number of presumptive positive and confirmed cases on its website: https://www.communitytransit.org/coronavirus. This table will be updated as new information becomes available.

Health noted that the agency is obligated to protect the identity and privacy of its individual employees and CT will adhere to state and federal guidelines that govern medical privacy.

"At this time, in our community, we all have to assume that there is a risk of exposure in any public space and act accordingly," Heath said.