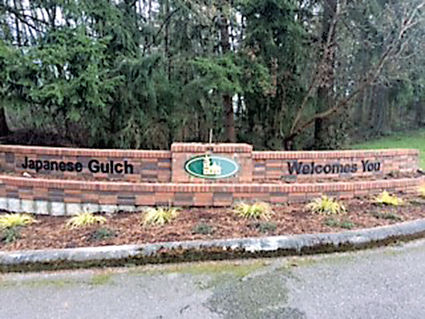 Eagle projects typically require a great deal of time and effort. That certainly was the case for Andrew Wills who completed his project in August 2016.

So it was disheartening, to say the least, when unknown vandals defaced the Japanese Gulch trailhead monument that Wills had painstakingly built for his Eagle project.

The curved brick wall featured metal letters reading, "Japanese Gulch Welcomes You," a painting of the lighthouse in the center, and new plantings bordering the front.

Now, several metal letters have been broken off, and the lighthouse sign is gone.