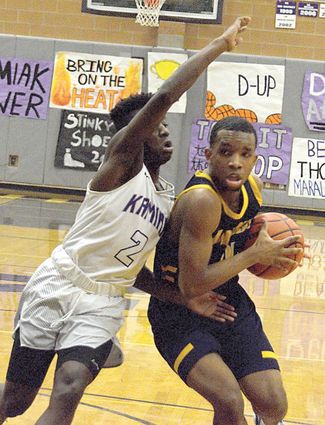 Mariner's Jailin Johnson was struggling from the field.

The freshman guard had missed all five of his shot attempts against Kamiak.

But with his team trailing 55-54 and about 15 seconds left in the game, Johnson drove to the right of the hoop toward the baseline, pulled up, and launched a shot from about 10 feet away.

The only basket that Johnson made the entire night gave the Marauders a 56-55 lead and the victory after the Knights misfired on their final shot attempt in a Wesco 4A boys basketball clash Friday, Feb. 7 at Kamiak High School.