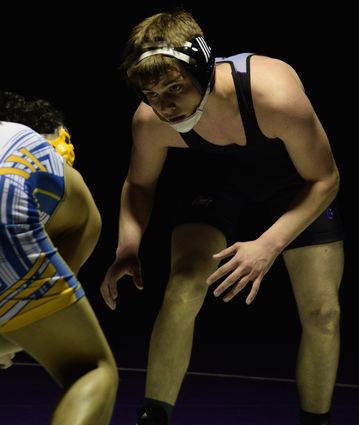 The Kamiak and Mariner wrestling teams both had reasons to feel upbeat after Friday's clash.

With the more complete lineup, the Knights prevailed 54-25 in a Wesco 4A dual meet Jan. 17 at Kamiak High School.

Senior Richard Chung scored a second-round pin over Mariner's Jose Zamora in the 120-pound match. Chung previously had defeated Zamora by only 2 points in their last meeting.

"I think the approach was similar. His takedowns were more decisive this time," Kamiak coach Bryan Stelling said.

Chung is looking to advance to state for the third year.

Teammate Odin Nieshe also recorded a pin in the second round against Christopher Gutierrez at 138.

Sophomore Sam Serati picked up Kamiak's third pin over Kayleb Matishak, also in the second round at 132.

Stelling is looking to see more consistency from Nieshe and Serati as the regular season winds down.

"As soon as they get that consistency down, they'll be hard to beat," he said.

The Knights won six matches by forfeit, while forfeiting one weight class.

"Anytime a freshman lasts three rounds against a seasoned wrestler, we're pretty happy," Stelling said. "I thought Mariner wrestled hard. They're a good team. They had a lot of holes. It could have been a lot closer if they didn't have so many holes."

Though he lost to Chung, Zamora was coming off a first place finish at 113 at the Everett Classic Saturday, Jan. 4, at Everett High School. Whited tied for fourth at 170. Adee (145) and Ellsberry (126) both tied for sixth.

"It was a tough tournament," Mariner coach Joe Barrington-Richards said "They learned some good lessons."