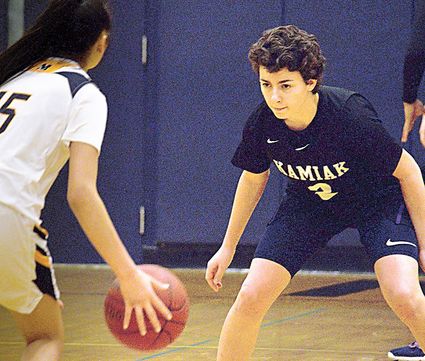 Kamiak was looking for a jump-start in the second half.

After not practicing for three days due to the snow, the Knights seemed a little off during the first two quarters against Mariner, despite heading into the locker room with a 21-19 lead.

Kamiak cranked up the defensive pressure in the third quarter, seizing control with a 19-4 run and cruising to a 57-37 victory over the Marauders in a Wesco 4A girls basketball game Thursday, Jan. 16, at Mariner High School.

Coach Brian Norman said the Knights’ press was effective against their district rival.