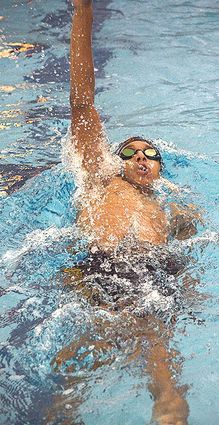 A smaller Mariner boys swim team came up big in its first dual meet of 2020.

James Smith and Itzack Tambanua each recorded a pair of individual victories and the Marauders also claimed two relays to edge Monroe 93-88 in a Wesco clash Tuesday, Jan. 7, at Kamiak High School.

The victory was the second of the season for the Marauders, who defeated Meadowdale 102-75 on Dec. 12.

Coach Jennifer Parker-Angelos noted that Mariner lost some team members during the holiday break, but those who attended practice worked hard.

“They definitely gained some stamina, the ones who practiced over break,”...