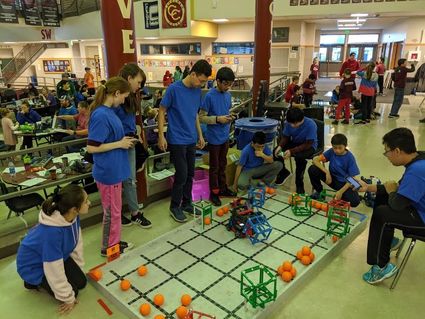 The competition, hosted by Cavelero Mid High School, featured 42 teams from across the northwest. But Explorer's Robotics Club held their own, especially considering it was their first competition ever.

"I didn't know what to expect," said student Alicia Jones.

Only 16 teams of the 42 progressed to finals. Team Crabosaurus Chad made the first cut and went on to place third overall. The team was comprised of Jones, Brendolyn Faulconer,...