Councilmember plans to stay involved in the community 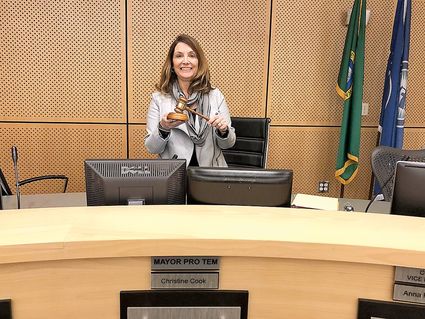 Councilmember Christine Cook was first appointed to the City Council in January 2014. She served as council president in 2019. She attended her last meeting Dec. 16.

"I think our community in Mukilteo is very civic-minded and we really take care of each other," said Councilmember Christine Cook, who decided earlier this year that she would not seek reelection. "I really believe in neighbors helping neighbors. When we have times of trouble, people come together."

Cook, a Mukilteo resident for over 16 years, was appointed to the City Council in January 2014 and won a four-year term in the November 2015 general election. Most recently, she served as council president in 2019 and vice president in 2018.