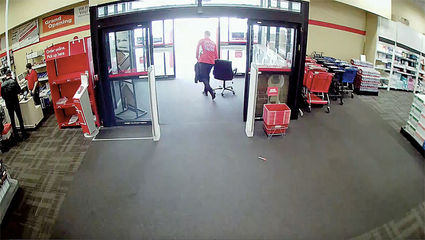 Surveillance footage shows Tim Eyman leaving a Lacey Office Depot with an office chair he didn't pay for. Eyman returned to the store roughly a minute after taking the chair outside, and made a transaction involving printers.

After multiple delays to the long-awaited grand opening of the Propeller Airports terminal at Paine Field, the Federal Aviation Administration (FAA) gave the needed "thumbs up" for commercial air service to begin for Alaska and United Airlines.

The start date for commercial service at Paine Field was initially set for late 2018, but the FAA deemed a new environmental assessment study...