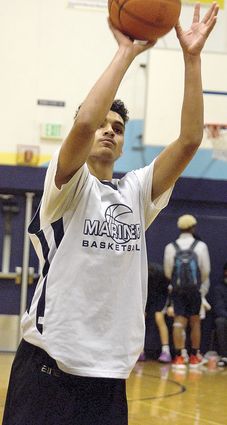 The Mariner boys basketball team heads into the 2019-20 season with two distinct groups of players.

The Marauders return an experienced core – seniors Simon Fanuel, Tony MacArthur, Diego Septimo-Ruiz and Christopher Herrera and junior Henry Avra – that produced about 80 percent of last year's offense. The rest of the roster is composed largely of players who have little to no varsity experience.

"We literally have two different groups we're trying to mesh together," Mariner coach Tevin Dillon said. "Getting them to mesh is challenging. But the thing is, they're all really close-knit. Th...