First-team, all-Wesco 4A senior guard back to lead junior-dominated Kamiak 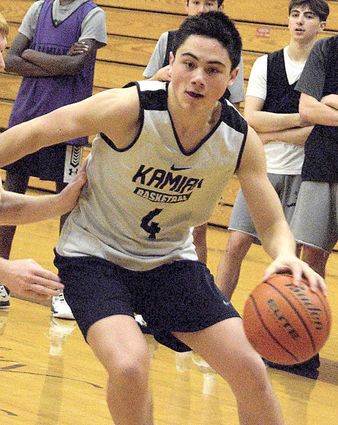 First-team, all-league guard Charlie Powers is the lone senior on the Kamiak roster.

The Kamiak boys basketball team is going to be leaning heavily on its lone senior – Charlie Powers.

The first-team, all-Wesco 4A guard led the Knights in scoring and helped his team to the Wes-King District tournament last season.

"We're going to be expecting a lot out of him as far as leadership and showing these younger guys how to compete at that varsity level at a very high level," Kamiak coach Brandon Corsi said. "Then obviously on the offensive and defensive end, we're going to be asking him to sometimes guard the team's better player and try to lock them down. We're probably going...