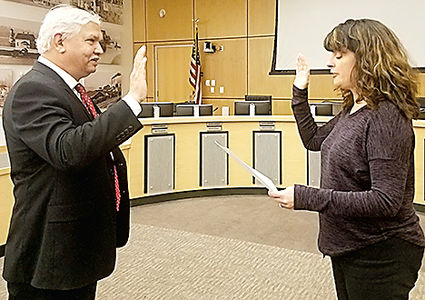 Riaz Khan takes the oath of office at a City Council meeting Dec. 2.

Whelpley resigned after moving outside city limits. His last motion on council was to have Khan fill his position.

"Thank you to the staff," Whelpley said. "They have shown true leadership in what I have seen in my last four years."

He expressed gratitude to City staff for teaching him how to lead a city and how City staff are involved in the process.. But he said he has learned more about himself than anything else.

As a last message, Whelpley said the City sho...