Kamiak prepares for production of She Kills Monsters 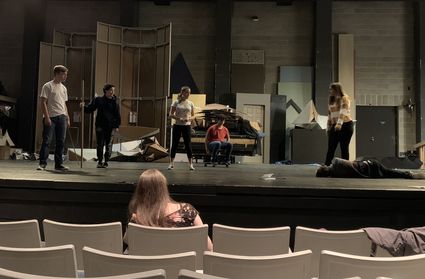 The cast of She Kills Monsters prepares to take the stage Jan. 10, 11, 17, and 18 at the Kamiak Performing Arts Center.

Kamiak's production of She Kills Monsters has a little bit of everything: comedy, danger, fantasy, action, love, death, sexuality, and growth. The play hits the stage in Kamiak's Performing Arts Center Jan. 10, 11, 17, and 18 at 7 p.m.

She Kills Monsters was originally written by Que Nguyen and first produced in 2011. It follows the story of a young woman, Agnes, who is grieving for her deceased sister, Tilly. While the sisters were never close, Agnes begins to learn more about her sister after finding a notebook.

The notebook contains a game scenario created by Tilly. Agnes discovers that...