Proceeds will provide clothing to children across the county 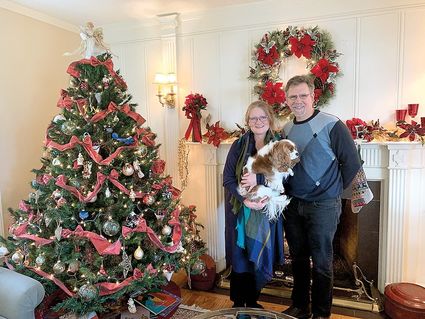 Bill and JJ Leese have lived in this house for four years. This is the first year they will be participating in the Holiday Home Tour.

The Assistance League of Everett will be holding its annual Holiday Home Tour Monday, Dec. 2, from noon-6 p.m. This year, one of the houses being shown belongs to Bill and JJ Leese at 1014 Hoyt Ave in Everett.

Aside from the Hoyt house, guests will be able to tour four other decorated north Everett homes, which includes the Hartley Mansion. Local chefs will also provide culinary treats in each home. For people in need of holiday stocking stuffers or additional decorating trinkets, there will be a gift boutique and raffle baskets.

Tickets are $30 for advanced purchase and $35 on the day of the event. For information and tickets visit http://www.assistanceleague.org/everett or Assistance League Thrift Shop, 5107 Evergreen Way in Everett. Tickets are also sold (cash/check only) at the following locations:

The Hoyt house has a long history in Everett. Leese said the house was first built in 1937 for Jasper and Gertrude Rucker. Jasper was the son of Ruby and Bethel Rucker. Bethel and his brother Wyatt founded Everett in the late 19th and early 20th century.

Jasper's adopted son and local Everett resident, Bill Rucker, was raised in this home until he moved away to college in 1958. Jasper passed away in the early 1960s and Gertrude continued to live in the home until the late 1970s.

Gertrude is credited to having developed much of the landscaping, Leese said. The yard includes an array of species, including a Japanese maple in the front and towering oak tree in the back.

This neighborhood in northwest Everett was originally homesteaded by Samuel Giddings in 1963. The area was eventually considered part of the Bailey Addition, which was subdivided into blocks and parcels around 1910-1915. The Hoyt house is immediately to the south of the Clough family mansion, built in 1915.

"Local knowledge would seem to indicate that 1014 Hoyt was originally a plot used by the Clough family as a garden," Leese said. "David Clough was one of the early mill and lumber barons of Everett in the early 1900s, owning several mills in Everett, Snohomish County, and as far north as Vancouver, B.C."

Today, the Hoyt home includes furniture and décor that reflects the Leese family's work and travel in other countries, particularly south and central Asia. The couple purchased this home four years ago.

"When we lived abroad, we would pick up ornaments in every country we would visit," JJ Leese said. "I think we have about 40 countries represented."

The Leeses have an entire tree dedicated to ornaments acquired from countries across the world. Their other tree represents childhood mementos for their three kids, who are now grown adults living in various locations across the country and the world. 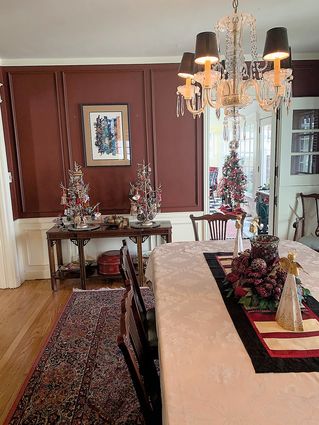 The Leese's "ornamental" tree has ornaments from 40 countries across the world. They pick up a new ornament in every country they visit.

"JJ is really good at after-Christmas sales," Leese said. "We've acquired a lot of things for a fraction of the cost."

This estate has four bedrooms, 3.5 bathrooms, 3,800 square feet of living space, and an additional 1,000 square feet in the basement. JJ Leese said the house has 47 doors. Try to count them at the Dec. 2 Holiday Home Tour.

Assistance League of Everett is a nonprofit, volunteer organization that has been serving Snohomish County for 54 years. All proceeds from the Holiday Home Tour will go to Operation School Bell, providing personalized bags of new clothing to children in pre-school through middle school across the county.