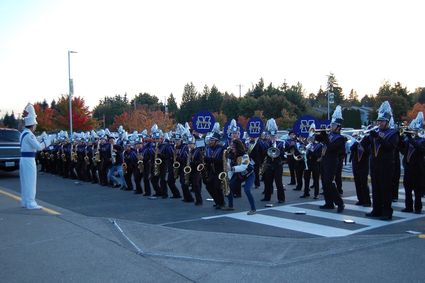 Mariner High School's band performing outside the school prior to the school's homecoming football game Friday, Oct. 11. The school had a 50th anniversary celebration before the game, where past Mariner graduates returned to the school. Former band members rejoined the band and performed a few times as well.

Long before there was Kamiak High School, there was Mariner.

One of the oldest schools in the Mukilteo School District, construction for the high school began 50 years ago in 1969, before it officially opened its doors for the 1970-71 school year....