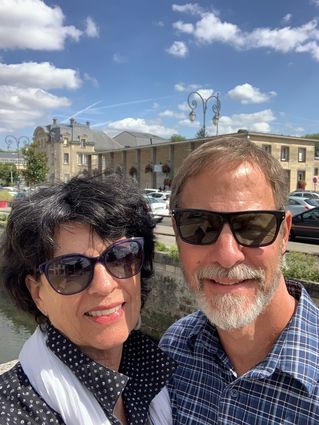 Newlyweds SharonAnn Hamilton and Dan Fuller are launching new adventures, traveling the world while pet- and house-sitting. Hamilton will share their discoveries in her new column "Freewheelin', which replaces her previous column "Empowering Women" in The Beacon's Prime Living section.

"Home is now wherever we are," they declare as they step off the airplane in Paris, ready to take on their first pet sitting gig. They are off on adventures for at least a year, but Edmonds is still their home base. They'll be back.

SharonAnn Hamilton met Dan Fuller, Edmonds resident, both single for about seven years. SharonAnn was on a cross-country driving trip and stopped in Edmonds for a few months to help out a friend. She completely stopped that trip after she met Dan, and they explored Washington together for the next year (The Couple). Dan was ready to retire. SharonAnn writes and...