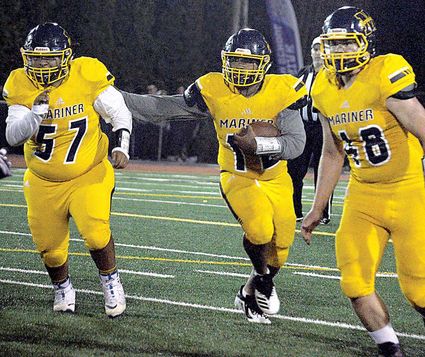 Mariner opened league play with a resounding victory over its district rival.

The Marauders scored six unanswered touchdowns to turn a close game into a blowout, as Mariner pounded Kamiak 51-6 in the Wesco 4A opener for both schools Friday, Sept. 20, at Goddard Stadium.

Junior quarterback Jackson Cole completed seven of nine passes for 144 yards and threw for three touchdowns and carried the ball eight times for 82 yards and two more scores to lead the Marauders (1-0 in the league, 1-2 overall) to their first victory of the season.

"We needed to set a tone and to come out here and own ou...