Retooled Knights are coming together well 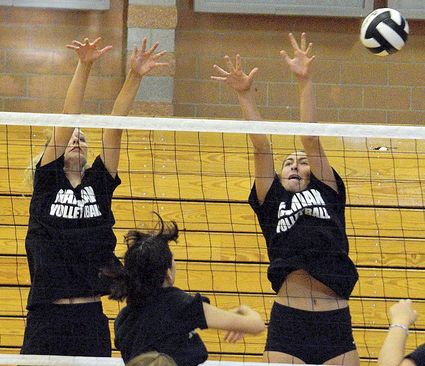 Kamiak's Whitney Taylor and Sarah Brachvogel go up for a block during practice at Kamiak High School.

The 2019 Kamiak volleyball team has a tough act to follow.

The Knights are coming off one of their most successful seasons, which culminated in the team’s first appearance at the 4A tournament in four years.

But six players who played major roles in the run to state graduated and the Knights bring back only three seniors from a year ago.

“It’s a whole different team,” second-year coach Jason Davis said. “When you lose that many, you start from scratch, even though we’ve got some great pieces in place from last year – some wonderful kids, some great athletes.