September is Suicide Awareness Month in the U.S. 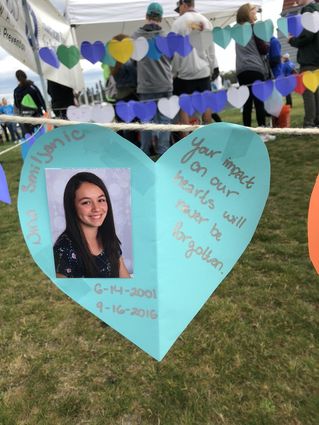 A memorial for Nina Smiljanic at the 2018 Out of the Darkness Everett Walk.

It's been nearly three years since Nina Smiljanic took her life.

Nina was 15 when she killed herself, and she would have graduated from high school this June.

"It was a bad June (this year)," Nina's mother, Dawn Krivanek said. "It would have been her 18th birthday and Kamiak had its graduation."

While nothing can replace the hole Nina's death left in their hearts, her family is working to raise more awareness for suicide and depression.

September is National Suicide Awareness Month, and Krivanek met with The Beacon in hopes of bringing more suicide and mental health awareness to the Muk...