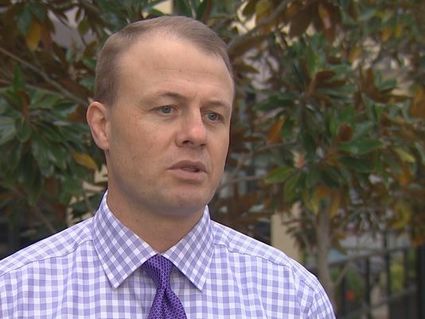 As the buzzer sounded, initiative promoter Tim Eyman was on the losing end of his latest anti-tax crusade.

Over the last two months, Eyman, who lived in Mukilteo for roughly two decades until recently, and his supporters have been gathering signatures for I-1648, which Eyman dubbed “Term Limits on Taxes.” It would have put a one-year limit on any tax increase passed by the state Legislature, besides voter-approved tax increases.

Eyman and his group needed 259,622 signatures to get the measure on this November’s ballot. He and his supporters had roughly 202,000, and thus didn't turn the signatures in.

“I'm not (going to) sugarcoat it  it's a gut punch,” Eyman said in his newsletter. “So many heroic people put forth a tremendous amount of effort for this extraordinary initiative, and it's heartbreaking we didn't make it.”

While the text of I-1648 was filed Jan. 7, Eyman didn’t start gathering signatures until the mid-May.

Eyman pointed to money and time as the reason the measure didn’t gather enough signatures.

Last year, Eyman received enough signatures to get I-976 on this November’s ballot. I-976 would cap vehicle tab fees at $30, which Eyman and his supporters have attempted for two decades, and would likely be a big blow to transit funding.

To help get that initiative off the ground, Eyman loaned his and his wife’s retirement fund to the drive, which he said was roughly $500,000. That allowed for him to get paid petitioners to gather signatures starting early in the year. He didn’t have the luxury this time around.

“We had very little money (supporters printed up their own petitions and made their own signs  sorry folks, Karen and I didn't have another retirement fund to sell off),” Eyman wrote in his newsletter.

Despite the defeat, Eyman is already looking ahead on the same idea.

"Had I-1648 qualified for the ballot, it would have represented a grave threat to our schools, access to college, forest health and firefighting, sorely needed investments in behavioral health, the removal of barriers to fish passage, and the cleanup of polluted waterways," he said.

"Our elected representatives are required to produce a budget that goes out four years, not just two. They worked hard to craft a budget that takes into account the needs of Washington's growing population. Although that budget only contained modest revenue reforms, Tim Eyman nevertheless professed himself to be enraged, and set about trying to overturn the will of the people that the voters chose to write a budget for our state.

"Happily, he has failed, and I-1648 is dead. It will be a pleasure to add a new entry to Tim Eyman's failure chart today."

This adds to a rough first half of 2019 for Eyman.

He attempted to block pay raises for lawmakers and elected officials through a referendum, but errors were discovered in the legislations text. Eyman said he was told he had would have to regather signatures due to a "scrivener's error" and thus did not choose to "restart the campaign."

He also was charged with the theft of an office chair in Lacey in February, which he attributed to his distraction from a phone call. Eyman was seen on video sitting in the chair at the front of the store, spinning a few times, and then wheeling the chair outside, presumably to his car. Eyman then reentered to the store to pay for printers and printing materials, but didn’t pay for the chair.

Eyman was then out of the state when the news broke, and when he returned to Washington, he attempted to return the chair to the store, with a videographer in tow to record the situation. The store didn’t accept the chair, and he turned it in to the Lacey Police Department as evidence. He pleaded not guilty in March.

Eyman is also in the process of going through a divorce, and has since moved to Bellevue from Mukilteo. He also filed for bankruptcy late last year, and is in the midst of an ongoing lawsuit with Washington Attorney General Bob Ferguson’s office. If he comes out on the losing end, Eyman could get fined as much as $2.1 million, and could get a lifetime ban on managing or directing the finances of a political committee. The lawsuit stems from a 2012 Public Disclosure Commission complaint against Eyman. Ferguson and his office claim Eyman violated state campaign-finance laws and used initiative drives to enrich himself.

Eyman’s $30 vehicle tab initiative, I-976, will be on the ballot this November.