Ferry riders could see fare bumps over next year 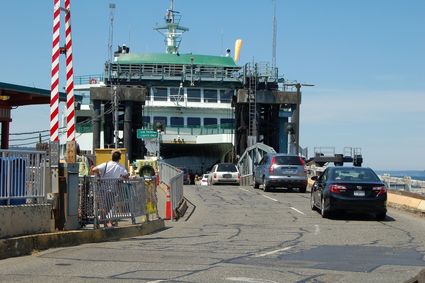 The WSTC released its proposal recently, which includes two fare increases over the next year, as well as an increase in the capital surcharge paid with each fare.

The increases are required by the state Legislature in order to help with the costs of day-to-day operations, the construction of a new ferry vessel, as well as converting two current vessels in WSF’s fleet to hybrids (using both fuel and electricity).

According to the WSTC, the proposed increase is needed for WSF to generate $407 million in fare revenue between July 1, 2019 and June 30, 2021, which is how much WSF needs to make in order to meet the Legislature’s requirement.

This is required in WSF’s two-year state transportation budget that passed recently.

The proposed increase would follow similar increases that have occurred at regular two-year intervals since at least 2013.

The WSTC proposed the increases after receiving input from WSF, the Ferry Advisory Committee on Tariffs, and public input gathered through ferry community meetings that occurred in April and May, including in Mukilteo.

So what exactly are the proposed increases, and when will they be implemented? Here’s what is being proposed:

The Mukilteo-Clinton route is one of WSF’s biggest moneymakers.

In 2017, the route carried 1,811,600 passengers and 2,221,000 vehicles/drivers. The route was, and still is, the busiest in the state in terms of annual vehicle traffic per WSF’s most recent rider statistics.

Under the proposed fare increase, it’s easy to see the Mukilteo-Clinton route would help bring in needed dollars for WSF.

The proposed fare increase would raise prices starting Oct. 1 for vehicles by 2.5 percent, as well as increasing the fare for passengers by 2 percent.

(Note all fares below are one-way).

The current price for a walk-on fare from Mukilteo to Clinton  which is the same cost of an adult who is riding in a car but not driving  is $5.10. That includes a 25-cent capital surcharge.

The peak-season charge for a standard vehicle if the proposed fare increase were implemented would be $12.25 (it is currently $11.40).

As expected, WSF and WSTC are looking for feedback on the proposal.

WSTC will be holding its final hearing on the fare proposal Tuesday, Aug. 6 from 10 a.m. to noon at the Puget Sound Regional Council’s Board Room, 1011 Western Ave., Suite 500, Seattle.

Public comment will be taken at the meeting, and the commission is expected to vote on the final fare and policy changes at the hearing. 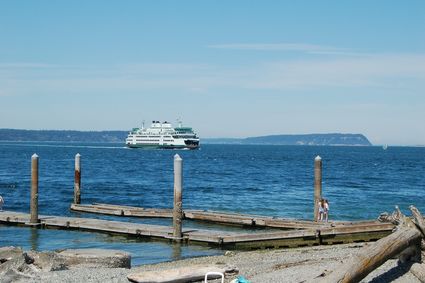 A ferry heading to dock in Mukilteo after crossing the Sound Monday afternoon.

Public comment can also be provided remotely through July 29.

Comments can be provided in the following formats:

For more information on the ferry fare proposal, including more specifics on fare increases per route, visit wstc.wa.gov/Rates/FerryFares/2019/2019FerryFareProposal.htm.