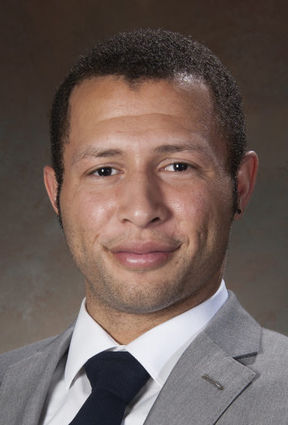 One of the more hotly contested races in the area is for the Snohomish County Council District 2 seat.

The County’s District 2 includes all of Mukilteo, Everett, and Tulalip tribes-owned land.

The race to fill Sullivan’s seat is crowded, with eight having filed to run for his seat.

Three of those challengers are from Mukilteo, including two candidates holding two of the City’s top leadership positions.

Monday’s forum covered a wide array of topics, including affordability, Paine Field, and other issues candidates are passionate about that weren’t specifically asked.

Below is information about all eight of the candidates for the District 2 seat, as well as where they stand on certain issues discussed at Monday’s candidate forum.

(Note: Because this is a Mukilteo newspaper, the first three candidates mentioned below live in Mukilteo. The remaining five live in Everett, and those five are listed in alphabetical order by last name.)

Experience: Mukilteo Mayor Jennifer Gregerson is in the second year of her second four-year term as mayor, and was a Mukilteo City Councilmember for 10 years. She is the first woman to be elected mayor of Mukilteo, and is running as a Democrat. She is also a small business owner.

Gregerson said her background as being an elected official, especially as a mayor, sets her apart from the other seven candidates. (There is only one other candidate in the race who has elected experience at the city or County level.)

Affordability: Gregerson, who is chair of the Alliance for Affordable Housing, said the County should look at using the sales tax rebate the state Legislature passed, which would allow the County to take funds from sales tax to use for housing without raising sales tax.

Paine Field: Commercial air service was, of course, discussed, and Gregerson, who has been a vocal opponent, said she would do everything in her power to keep the maximum daily flights at Paine Field at 24. She also wants to implement a “fly friendly program” to alleviate noise concerns for those under the flight path.

Opioids: Gregerson said the County needs to have long-term solutions in place, rather than emergency protocols, which have been occurring.

Rohrbough is a certified leadership coach and an entrepreneur and business owner.

Rohrbough said she leads by example, and can make tough decisions, which she says are necessary for leaders.

Affordability: Rohrbough said a good economy has supply and demand meeting each other, and housing should be the same. She said some regulations are preventing people from getting in, or staying in, homes.

Paine Field: She said she wants everyone to “take a breath” before “planning their demise” over potentially expanding commercial air service out of Paine Field. She criticized Sullivan for a lack of communication over airport issues, and said property values near the airport are increasing, and local government should wait to see what happens over the next year before making decisions on expansion.

Crime: Rohrbough said there is more that can be done to stop crime and the opioid crisis, and that instead of looking at new laws to implement, the County needs to be enforcing its existing laws. She said it’s possible the county is the safest and most prosperous in Washington.

Experience: The third Mukilteo candidate is Louis Harris, a lifelong Snohomish County resident (aside from his time at Washington State University in Pullman).

Harris works at the state’s Department of Social and Health Services in financial services, and has served, or is serving, in local groups such as the County’s chapter of the NAACP, and the Young Democrats.

Affordability: Harris said he works with people struggling all the time through his job, and that the County needs to be more innovative in its solutions to affordable housing and homelessness. He also said new housing should be placed near transportation hubs.

Paine Field: Harris also doesn’t support expanding flights at Paine Field, and wants to let the current flight pattern play out before there is any talk of expansion. He also wants a program implemented to mitigate sound pollution.

Diversity/welcoming: Harris wants the County to be supportive and welcoming to everyone, especially people of color. He said he wants the County to be safe and inclusive, and also wants to work more with the indigenous tribes, who he feels make the community better, but doesn’t feel non-tribal people are doing much to make the tribes’ community better.

Experience: Sharita Burton runs a marketing business, and has worked as a legal assistant and investigator. She was on the Envision Everett committee for former Mayor Ray Stephenson, and was on Mayor Cassie Franklin’s election committee. She said her broad experiences make her a good candidate, and that she can help bring people together.

Affordability: Burton said there should be housing opportunities in the area for everyone, and County leadership should look at bedroom communities for housing. She also said home and rent costs are one of the many reasons people become homeless.

Paine Field: Burton believes commercial air service presents a great opportunity for more enterprise to come to the County, and that the County needs to maximize the airport’s potential as a transportation hub.

Growth: Burton described the expected population growth for the County as exciting but challenging. She also said she wants to see improvements in bipartisanship, noting it unites communities.

Experience: Megan Dunn is the former leader of the Everett Districts Now campaign, which set Everett City Council seats by district in the city. She is a program director for Northwest Center for Alternatives to Pesticide, and said she has spent 20 years fighting for working families and a responsible government.

Affordability: Dunn believes everyone has the right to a roof over their heads, and everyone should be able to own homes. She noted Snohomish County Executive Dave Somers launched a housing task force recently to look at housing solutions, and wants to bring the community and different agencies together to talk about housing solutions.

Paine Field: Dunn is opposed to increasing the daily flights at Paine Field, and said she’s heard from those who live on the flight path that more needs to be done regarding noise. She suggested an all-electric fleet of planes, which would be innovative for the County.

Education: Dunn wants to improve opportunities for graduates to continue education after high school. She wants to work with WSU’s Everett campus, as well as the Sno-Isle Technical Center and Everett Community College, because the economy depends on a skilled workforce.

Experience: Alex Lark works for Housing Hope, which helps those struggling get affordable housing. Lark serves on Everett’s Planning Commission, and ran unsuccessfully for Everett City Council in 2017. He is an Army reserve officer. He worked for Sen. Patty Murray and former Rep. Brian Baird in Washington, D.C., and worked for the Korean Embassy's Congressional Section, which he said worked to improve U.S.-Korea relations.

Affordability: Working for Housing Hope, affordable housing is Lark’s number one priority. He said there is a direct correlation between rent increases and the homeless population, and that he hears all the time that people are worried their children won’t be able to live in the area after college, and that many seniors feel priced out.

Paine Field: Lark wants to take community input and take it to the federal level, and to have constant communications with Washington state electeds in D.C. Additionally, Lark said there are lots of economic prospects with commercial air service, but that keeping the area’s quality of life is important, so leadership needs to find the right balance.

Many issues: Lark covered many issues when asked what else he wanted to add. He said he wants dedicated bus lanes, $15 minimum wage in the county, a green economy, and for a 40-hour workweek “to earn a roof over your head.”

Experience: Tyler Verda works at Snohomish County in housing and community services. Verda said that through his work he works with many community resources, and that the County needs people like him who have a deep understanding of the homeless issue. He also worked as a legislative aide for the County Council.

Paine Field: Verda also thinks it’s too early to discuss expansion at Paine Field, and wants to see steps taken to mitigate the existing terminal before there are any discussions about adding more flights.

Opioids: Verda described the opioid epidemic in the county as “hitting devastatingly.” He said Snohomish County is roughly 11 percent of the state’s population, yet it accounts for around 14 percent of Washington’s opioid deaths. He wants to see more community partnerships to combat the issue, and wants pharmaceutical companies to be held liable.

Experience: Cecilia Wilson also works for the County, and is an executive assistant for Somers. She said no other candidate has her qualifications, citing her work with the County Council over the last 20 years. She said she has brought the community together, and has the necessary experience and track record for the position.

Affordability: Wilson said the county is experiencing a housing crisis, and also mentioned Somers’ recently established task force is looking into the issue. She said leadership needs to find what is causing homelessness in the county, and wants to work to lessen the gap for those who can’t afford a home. 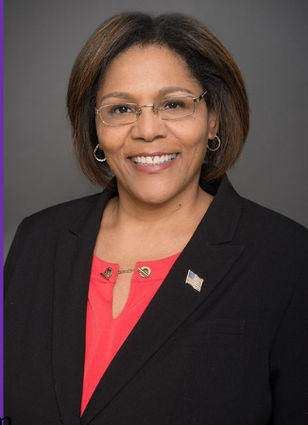 Paine Field: Wilson said because the maximum 24 daily flights haven’t yet been reached, any discussion on expanding service is too early. She said if elected, she will keep residents updated on airport issues, especially those living under the flight path. She also said while commercial air service adds to noise issues, the Boeing Dreamlifter is also loud, and that it should be looked at. She did note, however, that the airport is a “big economic engine” for the County.

Opioids: Wilson said while campaigning, nine of every 10 people she talks to know someone, or knows someone who knows someone, who battled or is battling an opioid addiction. She said the County is funding what she calls “great programs” for mental health issues, and wants to continue to see work being done at the County level and in communities on the issue.

The August primary election is Tuesday, Aug. 6. The two candidates with the most votes move on to the general election in November. Ballots will be mailed July 18, and a voter pamphlet will be mailed the day prior. The election will be certified Aug. 20.