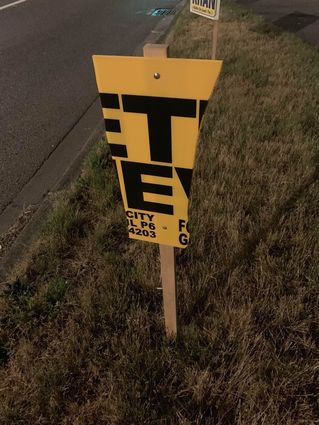 One of Peter Zieves campaign signs, cut on both sides.

As with any political season, campaign signs are going to get removed, knocked over, snapped, thrown away, and so on.

The first target of that behavior was Peter Zieve, who is running for Mukilteo City Council Position 6.

Zieve isn’t a stranger to Mukilteo politics, having run unsuccessfully for City Council in 2017 against Bob Champion in a fairly accusatory and personal campaign.

Zieve, who owns Electroimpact in Harbour Pointe, said he returned from a business trip and was putting signs out in the Harbour Pointe area around 2 a.m. Saturday. The next morning, some of the signs had bee...