Mukilteo Lighthouse to shine in new way this Friday 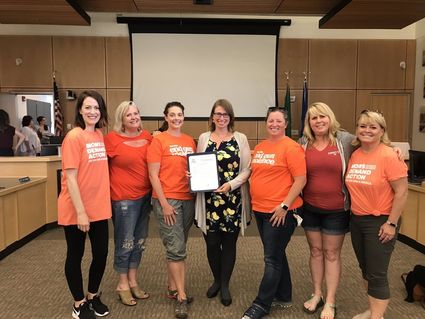 Whether it’s a mass shooting, suicide, or an accident, many people know someone personally who has died from gun violence, or know someone whose life was impacted by it.

Here in Mukilteo, Judy Wallace, a former teacher and the former owner of Sydney’s Bakery & Wine Bar, is a gun violence survivor.

Nearly eight years ago, Wallace’s husband, Paul, killed himself with a firearm he purchased that same day.

“I have said repeatedly, gun laws and mental health attributed to his death,” she said. “I don’t want any other families to go through what we did. I don’t want kids gr...