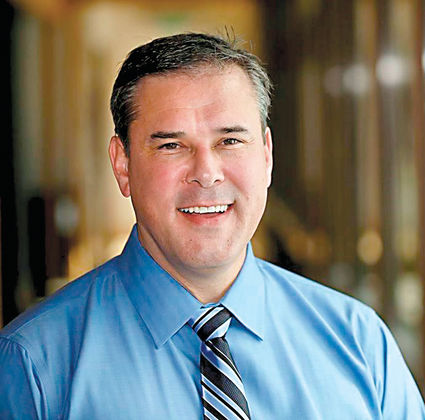 The field for the 2019 Mukilteo City Council election is set.

Twelve Mukilteo residents will vie for the four seats up for election this year  Positions 4-7.

Last week, we reported on those who filed for office last Monday, the first day of the filing period: Joe Marine, Peter Zieve, Christopher Maddux, Charles Eakins, and Exekiel Aranez.

Earlier this year, we spoke to the two candidates who announced their intentions prior to the Snohomish County Elections filing period (May 13-17): Riaz Khan and Richard Emery.

Last Friday, Emery switched seats from Position 6 to 4, and Zieve switched from 4 to 6.

Initially, there were 14 candidates, but Ayesha Khan and Amy Schaper withdrew. Ayesha Khan, Riaz Khan’s wife, had filed for Position 5. Riaz Khan had said all year he would run for Position 5, but was considering running for another seat so he and his wife could both be candidates.

Emery’s swap sets up a showdown with the only other current councilmember running for reelection, Scott Whelpley.

(For information about the seat swaps and the Khans, see page 2.)

Schaper had filed for Position 6 last Friday, and previously ran for 21st Legislative District state Representative during the 2018 election against Strom Peterson, but lost.

Below is information on the other five candidates The Beacon has not heard from regarding their candidacies For a full list of City Council candidates, as well as candidates for other local elections, see pages 2.

Whelpley is running for his second term as a councilmember, but he’s not running to keep his current seat.

Whelpley won the Position 5 seat in 2015, but will run for Position 4 against Emery and Eakins. Emery switched seats to Position 4 on Friday, shortly after Whelpley filed. At the Snohomish County Elections office before the Friday filing deadline, Emery appeared to have been trying to switch back to Position 6 after Peter Zieve switched from Position 4 to 6, but was too late.

Whelpley said he received a lot of texts and emails asking him to run again, and he was on the fence before filing Friday. When he saw three people (now four) were filed for his Position 5 seat, he filed for Position 4, which only had two candidates when he filed.

“I feel bad because I waited so long, but I didn’t want to enter a race with so many candidates since it would change what they’d seen the whole week,” he said.

As far as Emery filing to face him, Whelpley said he had no idea that would happen.

“It’s politics before anyone even gets elected,” Whelpley said of the seat swapping.

The two have often butt heads over various council issues, but as incumbents, the odds of them running against each other were minimal  especially for a seat neither currently holds.

Whelpley said he’s worked to bring transparency to residents during his four years on the council.

“I’ve probably ostracized myself to a few groups. That was never my intent,” he said, “but everything I’ve said (as a councilmember), it hasn’t been false.”

Whelpley said he wants to leave the city with a good foundation before he’s done being a councilmember.

James Yoo has worked as a teacher and a restaurant manager, and has owned several businesses.

He has lived in Mukilteo for more than a decade, and owns Ace Metal Company, a scrap metal recycling center.

Yoo ran for City Council in 2017, advancing past the primary and losing to Anna Rohrbough in the race for Position 1. This year, he will face Islamic Center of Mukilteo president and perennial candidate Riaz Khan and Maddux, an IT manager and Army veteran, for Position 5.

Yoo said he is upset many elected officials haven’t fulfilled campaign promises, such as getting a senior center built in Mukilteo.

“I want to be a catalyst to fulfill the promises that they made,” he said. “That (senior center) is a big issue. Many are unhappy about that. If the city can’t do it, we need an explanation.”

“I don’t think other candidates or those elected bring the sort of experience I do.”

Yoo said he sees inefficiencies in the way the city is operating, especially pertaining to permitting and zoning. He hopes to address those issues, and find ways to fix them, ultimately helping citizens and city employees in the process.

Yoo also said he doesn’t like seeing the City Council as a “stepping stone” for elected officials to progress their political careers to larger positions, noting that two  Rohrbough and Gregerson  are running for Snohomish County Council, and if either wins, would vacate the remainder of their terms. He also wants Mukilteo to consider implementing term limits.

“I like to see citizen politicians  not career politicians,” Yoo said. “I want (elected officials) to put their hearts into their work.”

Yoo also wants the city to work with citizens and business for the betterment of the community, and for the city to be more responsive to citizen concerns and requests.

“We need a responsive government. Not one that gives lip service,” he said.

Elisabeth Crawford is an occupational health and safety specialist at Boeing who has lived in Mukilteo eight years. She will face Zieve, the president of Electroimpact, and former Aranez, a former U.S. Marine, in the race for Position 6.

Crawford ended up living in Mukilteo when she moved in with her boyfriend, who is now her husband.

“I moved in with him and just fell in love with the city,” Crawford said. “Living here the last eight years, I have a really good connection with Mukilteo. Mukilteo has given me so much.”

Crawford commuted to the University of Washington’s Seattle campus via public transportation while she finished her degree, and worked at Ivar’s on the waterfront.

“It was all perfect and ideal.”

Crawford said she is excited for the future of Mukilteo, and wants to help shape it. She said she’s happy to see more young families moving into the city, and there’s a lot happening in the near future she hopes to address as a councilmember.

“This is an exciting moment for Mukilteo,” she said. “There’s a lot going on like the waterfront redevelopment, the Harbour Reach Corridor Project  I want to make decisions that will be the best for Mukilteo and our residents.

“I want to contribute to making Mukilteo the best place for all.”

“I want us to focus on the betterment of Mukilteo,” she said. “I want to work with whoever I end up on the council with. There are lots of opportunities ahead.”

Kristina Melnichenko is a data analyst who has lived in Mukilteo for more than a decade. She will face Marine, a former two-term Mukilteo mayor, and Tina Over, a local realtor, for Position 7.

Melnichenko said she’s been keeping a close eye on the council, and is concerned with “economic justice.”

“I filed because I believe there needs to be more options available for voters to choose a government that represents the people,” Melnichenko said.

At the time she filed, only Marine was running for Position 7. Since then, Over joined the race.

“When I filed, (Position 7) only had a more conservative person running,” she said, noting Marine has identified as a Republican throughout his political career. “I wanted to ensure Mukilteo residents have the option to vote for someone with more progressive values.”

She also wants to look at Mukilteo implementing a business and occupation tax, as well as using the city’s banked property tax capacity in order to help sustain the city’s budget.

“We currently depend too much on non-business taxes,” she said.

Over was the last candidate to file for Position 7, and will face Marine and Melnichenko for the seat. Over works for GPlus-Realty in Mukilteo.

She is not new to City Council races, having run for Position 2 in 2017 against Zieve and Bob Champion. Over didn’t advance past the primary.

“I’ve grown a lot the past two years,” she said. “I’ve got more involved in our community, and I want to give it another try.”

Over said that, looking at how the current council operates, there’s often too much delay in decisions being made.

“Everything seems to get pushed back, and nothing is getting properly addressed,” she said. “It’s taking too long  it should be streamlined.”

Over also wants to address homelessness and affordable housing, which she called one of her biggest priorities.

“We need to work on limiting pollution, as well as run-off water into the Sound. I want to make sure Mukilteo stays nice,” Over said. “I also want to keep Mukilteo inclusive, and keeping it open as well.” 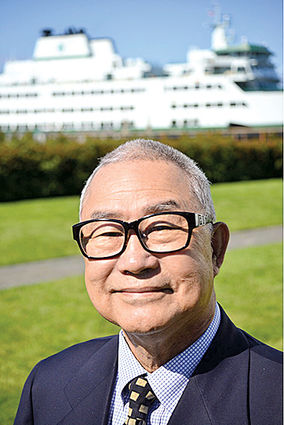