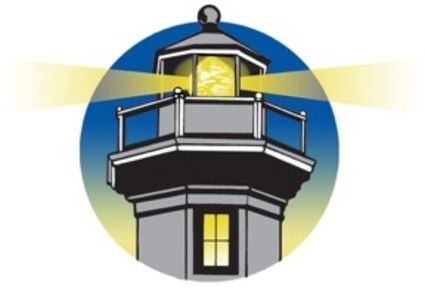 It looked like everything was set during the Friday, May 17, election filing period, but a little more than an hour before the 5 p.m. deadline, Richard Emery switched his seat, which led to other late changes to the ballot for the Mukilteo City Council race. Positions 4-7 are all on the ballot this year.

Emery, Riaz Khan, and Peter Zieve were all at the Snohomish County Elections office late Friday afternoon, preparing to change seats if needed.

Emery, who holds Position 6, announced last month he would run to keep his seat.

Emery withdrew from Position 6 shortly before 4 p.m. Friday, switching to Position 4. Zieve followed suit shortly after, dropping out of Position 4 and filing for Position 6.

The Beacon was at the elections office before the deadline, where Zieve said he didn’t want to run against an incumbent, which is why he switched seats. Zieve ran against incumbent Bob Champion for Position 2 in 2017, but lost handily.

Both Emery and Scott Whelpley, who currently holds Position 5, filed for Position 4 on Friday.

Emery and Khan left the building at one point, appearing to talk strategy before the deadline. Zieve watched the door to the auditors office in case he needed to do another last minute switch.

Ultimately, right before the 5 p.m. deadline, Emery went into the office to see if a last minute change was possible, but decided to stay in the Position 4 race against Whelpley and Charles Eakins.

“I did a lot of thinking about who I was going to run against, and with how it lined up (initially), my goal was to run against Peter Zieve,” he said.

Things got more difficult when Whelpley filed for Position 4 Friday afternoon. Emery said he tried to do some late maneuvering with Khan and Elisabeth Crawford, who filed for Position 6, but Crawford was unavailable to switch seats prior to the deadline.

Emery said he didn’t want to switch back to Position 6, or into Position 5, because of the impacts it could have to Khan and Crawford’s campaigns.

“In terms of who is running versus who, I think this gives us the most balanced races,” he said. “It was hard to find the most effective way to run without everyone available.”

But now, what happens with the Khans? Well, the couple will not be running against each other, as Ayesha Khan dropped out on Monday. Ayesha Khan said Emery’s swap changed the couple’s plans

“My husband and I planned to run for different positions. I chose Position 5 and my husband was going for Position 4,” she said. “About 20 minutes before the closing of (the online) filing session, incumbent Richard Emery filed for Position 4, and it doesn't make any sense to compete with the incumbent. Therefore, I requested my husband to take charge of Position 5, where he'd started four years ago.

“This is the reason why I am dropping out of the race. I hope everyone understands my point.”

Fourteen Mukilteo residents filed to run for City Council this year  12 after Ayesha Khan dropped out of the Position 5 race, and after Position 6 candidate Amy Schaper withdrew.

For more information on the candidates who filed after last week’s edition of The Beacon came out, see page 1.