Marine and Zieve among six who filed for council Monday 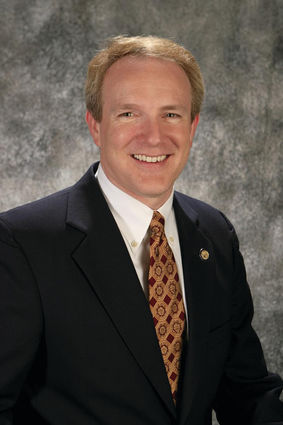 The official filing period opened Monday morning, and prior to Monday, just two Mukilteo residents had announced their intentions.

Perennial local candidate and Islamic Center of Mukilteo President Riaz Khan was the first to declare, announcing in January he would be running for Position 5. Scott Whelpley holds Position 5, and has not announced if he will seek reelection.

Councilmember Richard Emery announced last month he is seeking reelection to Position 6. Emery won the seat in 2015, and held Position 2 from 2008 to 2013 before losing to Bob Champion.

Positions 4 and 7 are also on the ballot this year, and both councilmembers who hold the seats  Steve Schmalz and Christine Cook, respectively  announced they won’t seek reelection.

Now, seven residents have announced they will run for council as of Tuesday at 9 a.m., and three of the four races are already contested  Position 7 being the exception.

Zieve will seek Position 4, while Marine is running for Position 7.

Four other residents joined them in filing Monday: Charles Eakins, who ran in 2015, and political newcomers Christopher Maddux, Exekiel Aranez, and Ayesha Khan.

Ayesha Khan is Riaz Khan’s wife, and she filed for Position 5 late Monday evening through the county’s elections office. She could not be reached for comment prior to The Beacon’s deadline. Riaz Khan said in a phone call that he will likely change the seat he is running for. Riaz Khan has yet to file with Snohomish County, but filed with the Public Disclosure Commission.

While he hasn’t been directly involved in Mukilteo politics since 2013, he’s been keeping a close eye on City Hall.

One area he’s been paying attention to that he disagrees with is a potential change in government.

“Some of the current councilmembers have issues with the mayor, but that doesn’t mean that you change the whole government,” he said. “That’s what elections are for.”

Marine said he brings something to the race that most other candidates don’t have.

“I can bring that institutional knowledge,” Marine said. “I accomplished a lot as mayor, especially during a down economy from 2006 to 2013.”

Marine, a former Community Transit board member, said he’s upset that the council killed the park-and-ride plan on Bernie Webber Drive in 2016.

“When I saw that Community Transit got a $300,000 grant and asked the city to spend $50,000 to finish the project, I was shocked they didn’t spend the money,” Marine said.

Councilmembers at the time had issues with residents needing to cross the streets, and rejected the project. Marine said that was a mistake.

“You should have moved forward,” he said. “You got about 90 percent of it done. You could work on those other issues in the future. Now you have ‘hide and rides’ at QFC, Walgreens, and 92ndStreet.”

Marine said he is also upset with the lack of progress on annexation along the Speedway and into Picnic Point, whether Mukilteo does it or not.

“That area will be annexed by either Mukilteo or Lynnwood. It’s still in the city’s (urban development) plan. It’s better to figure it out now versus when that area fully developed.”

Marine said now is the right time to get back in Mukilteo politics.

“I’ve lived here for 25 years, and I love Mukilteo,” he said. “I want what’s best for our city, and I bring the necessary leadership forward.”

Zieve, the owner of Electroimpact, made news in 2016 for sending an anonymous postcard campaign alerting citizens to the construction of a mosque in Mukilteo before a public notice was posted. He was later fined $485,000 in March 2017 after the state Attorney General’s Office found Electroimpact discriminated on the basis of religion and marital status, often against Muslims, and was removed from direct hiring at his company.

He soon after entered a high-profile race for Position 2 against Champion. Zieve accused Champion of having an affair with Mayor Jennifer Gregerson, and posted signs lamenting Champion for not having children or his own business.

Zieve’s candidacy led to the formation of Mukilteo For All, a political group that’s sole purpose was making sure he didn’t win office. Zieve lost to Champion by about 34 percent.

Now in 2019, Zieve told The Beacon his top priorities.

“I am opposed to more (multiresidential) zoning (22 dwelling units per acre),” he said. (There’s) too much already. Single-family residential zoning is the way forward for Mukilteo.”

Zieve said he doesn’t like marijuana stores, panhandlers, homeless camps, and those sleeping in public spaces in town.

Zieve also thinks the city should look for more donations to fund projects, noting the Boys & Girls Club received grants and donations (Zieve personally donated $200,000). He also questioned why Rosehill Community Center staff are paid, as the old Rosehill was comprised of volunteers.

Zieve said he always says “under God” in the Pledge of Allegiance, and the Ten Commandments are “the basis for all legitimate laws.”

Zieve said he would donate his entire council salary to the Mukilteo Boys & Girls Club if elected.

“I fell in love with (the club) when I saw at the old club on Second Avenue that their door was always open to all kids,” Zieve said. “I love that, and have followed through to assist building the new club in Harbour Pointe, which I am very proud of.”

Eakins ran unsuccessfully in 2015 against Cook, and said he wants to gain political experience at the local level.

One of his main concerns is how money is spent  both locally and statewide.

“I see a problem in Washington. The government wants to take hard-earned money and not want to do something fiscally responsible with it.”

Eakins said there are often redundancies in policies, such as the ban on “ghost guns” or “untraceable, undetectable 3-D-printed guns.”

“I grew up by Sea-Tac. There was no way to stop it,” he said. “You can’t stop that kind of progress.”

Eakins also believes traffic congestion in Mukilteo on the Speedway is bad, especially due to ferry traffic. Eakins wants the timing for traffic lights to be improved. If he had it his way, he said traffic circles would replace all traffic signals.

Eakins noted he disagrees with some of Zieve’s past comments and actions.

“I would never try to block anyone from building a religious center, no matter if I agreed with their religion or not,” Eakins said. “The Constitution says everyone has a right to their beliefs and I would never prevent that from happening, even if it was legal. I would protect their religious rights.”

Eakins ran in 2015 largely because Cook was running unopposed before he filed.

Maddux is an information technology manager for Electric Mirror, LLC, in Everett, and has lived in Mukilteo since 2006.

All six of his kids attended Harbour Pointe Middle School, and he has been involved with the school’s music boosters for the last eight years. He said his main goal in running for City Council is safety.

“Having kids and grandkids, safety around town is important to me,” he said. “I want to help keep it the great small town that it is.”

Maddux noted it’s been a few years since Mukilteo made MONEY Magazine’s top 100 list of best small towns to live in the U.S.

Maddux has attended a few council meetings, and said he wants to get more involved in the city.

Maddux is an Army veteran, and has worked in IT for 25 years. Between the two, he said he brings important skills to the council.

“In the military, you take leadership courses. In IT, it’s a lot of listening to people and finding out how to help people,” Maddux said.

Aranez has lived in Mukilteo for two years, arriving from the Philippines in 1999. In 2003, he enlisted in the U.S. Marine Corps, and had two combat deployments in the Iraqi War.

“I thought that was my opportunity to give back and show that we (his family) love this country, and we want to be here,” he said.

After his deployment, he began volunteering. He also pursued higher education, and is a doctoral candidate in public policy and administration through the online Walden University. 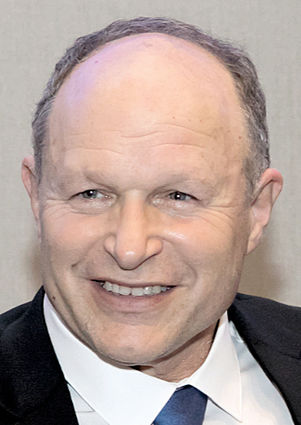 “I’ve been conducting a survey and, to many, home is a battlefield,” he said. “I have felt the same way. I’ve suffered anxiety, depression, and PTSD from my deployments. I think this year is the time (for me) to step up and help veterans know we’re OK, and it’s OK to feel anxious and depressed.”

Aranez wants more community resources in Mukilteo, such as an outpatient center or military center. He wants to serve all residents, especially people of color like him.

“I hope our diverse community can see me as a colored person to voice that we are here and diverse,” he said. “I want to (create) love for community. Peace is all about respect and dignity.”