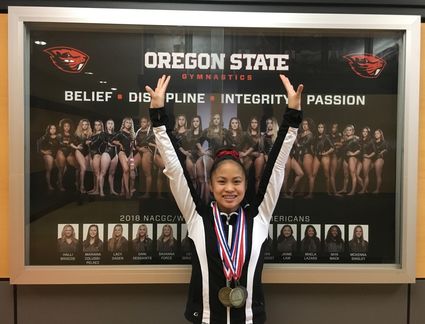 Alvine achieved her personal best all-around score of 37.250 for the season. In the first rotation she scored a 9.25 on floor, which earned her second place. She then received a 9.475 and finished first in the vault. The third rotation was bars, where she received a 9.15, also a second-place finish. Alvine earned a 9.375 and won the beam in her final rotation.